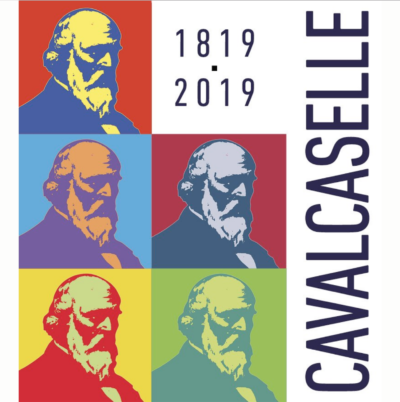 Two centuries ago Giovanni Cavalcaselle was born; he was writer and art historian, considered founder of modern art criticism in Italy. For his birth bicentenary’s celebrations, the Verona Civic Museum Direction, the Department of Culture and Civilization of the athenaeum and the Legnago Municipality have organized a study conference “Giovanni Battista Cavalcaselle. A European vision of art history”.

The conference is structured on two days: Friday 5th April 2019, from 15 to 19, in the conference room of the Archaeological and environmental centre, via Enrico Fermi, 10, Legnago and Saturday 6th April 2019, from 9 to 13 and from 14.30 to 19, in the Galtarossa Room at Fresco’s museum, via Luigi da Porto, 5, Verona. These two days were invented to develop a reflection about Cavalcaselle’s role in the restoration culture, in Italy and worldwide, through scientific interventions of experts and studiers.

The first day takes place in the afternoon of Friday 5th April in Legnago, in the conference room of the archaeological and environmental Centre, via Enrico Fermi, 10, from 15.30 to 19. The meeting is moderated and introduced by Federico Melotto, professor of Contemporary History of University that presents Cavalcaselle as man of the Risorgimento.

Following, Paola Marini, art historian and already director of Gallerie dell’Accademia, that develops a reflection on the historian from Legnago and some paintings from Gallerie dell’Accademia. The relationship between Cavalcaselle and Europe is the main focus of the Bernard Aikema’s contribution, professor of Modern Art History of the athenaeum. The day is closed by the Valerio Terraroli’s intervention, professor of Museology and Art and Restoration Criticism, that discussed the relationship between Cavalcaselle and the Art History creation.

Saturday 6th April, the seminar moves in Verona, in the Galtarossa room of the Fresco’s museum, via Luigi da Porto, 5 and it’s divided into two sessions, the first from 9 to 13 and the second from 14.30 to 19. The studier and its role in the elaboration of modern restoration theories are the event focus, introduces and moderated by Francesca Rossi, director of Musei Civici of Verona. The meeting opens up with the Marco Ciatti’s contribute, superintendent of Opificio delle Pietre Dure in Florence, that explains how the Cavalcaselle’s work had been the basis of the evolution of thinking about artworks restoration based on the recognition of the original.

The historicization of this project is topic of other talks, for instance the Monica Molteni’s one, professor of Museology and Restoration and Art Criticism. In the afternoon Susy Marcon, from the Marciana Library in Venice, talks about the creation of the main documental fund about Cavalcaselle in the Venetian library. The drawing practice as graphical memories and as itinerary inside visive thinking of the artist is the basis of reflections develop during other interventions. The day closes with Ettore Napione’s talk, curator of the collections at Museum Direction of Verona Municipality. During the day is also possible to visit the open restoration site at the Cavalcaselle’s museum to see the detached fresco by Bernardino India, Allegory of the cities of Verona, Rovigo and Treviso, curated by the restorer Anna Lucchini.

This initiative has the aim of offering a general framework about Cavalcaselle’s importance; it’s promoted by the direction of Musei Civici of the Verona Municipality, the Department of Culture and Civilization of the athenaeum and the Legnago Municipality with the patronage of the Rossana Bossaglia’s research centre and the Italian Society of the history of art criticism and the contribution of Agsm.